How To Care For A Marginata Plant

Posted on May 13, 2015 by Metropolitan Wholesale 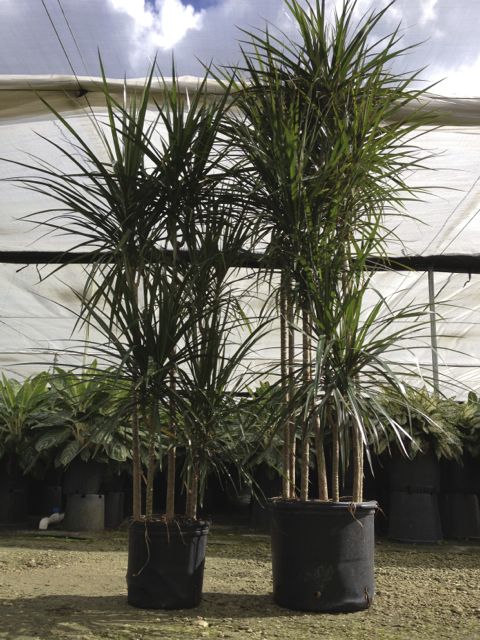 How To Care For A Marginata Plant

Plants are one of the best and most natural ways of introducing color into an indoor setting. They not only brighten up the atmosphere but also make it cleaner for living. There is nothing better than a plant that adds a little color and life into someone’s lounge or living room.
So what is better than a plant that adds not one –  but three colors to an indoor space? That is one of the best and most widely qualities of the Dracaena Marginata, also known as the Dragon Tree. These plants have long stiff leaves that are striped in more than one color, depending on what variety you are growing. This is an attractive plant that can grow up to 15 feet.
As with most common houseplants, the Dracaena Marginata is the plant of choice for many home owners due to its toughness and the ability to resist drought. That, coupled with its aggressive root system, makes it one of the easiest plants to grow indoors.

Marginata Character
The Dragon Tree’s family consists of many varieties that can be found in the world. Among the most commonly grown ones are:
• The Marginata Tricolor with green leaves that have streaks of dark red on the margins and an ivory colored striped running down the middle.
• The Marginata Bicolor with leaves that have green and red stripes.
• The Marginata that is the basic form of the plant with leaves that are dark green in color and have thin red margins.
This plant can be grown in multiple ways. More commonly, it is seen grown as a single-stem system or braided together with other Marginatas in the same pot.

As stated before, growing the Dracaena Marginata is easier than growing some others of the Dracaena family. Just like any other plant, however, some things have to be taken care of while growing the plant. Pay special attention to the light requirements below. Also make sure that your Marginata stays warm – above 50 Degrees F. for optimal growing temperatures. You will want to let your Marginata dry out between waterings. Over watering will cause yellowing of the leaves as well as leaf drop – and can lead to the roots rotting which can kill the plant all together.

The only real concern when potting the plant is to make sure that the soil doesn’t have too much fluoride in it. The Marginata is very sensitive to excessive fluoride, which can cause the leaves to look scorched and brown, and they ultimately die. Using a soil that have pH levels between 6.0 and 6.5 will do well for healthy growth of the plant.

The placement of any plant indoors is based on how much light it requires. In the case of Dracaena Marginata, it is best to place it somewhere with plenty of bright, but indirect, sunlight. The beautiful colorful leaves of the plant start losing their color if the plant doesn’t get enough light. On the contrary, if the plant receives too much light then it will start showing brown spots on the leaves. Therefore, a balance of light is important when growing the plant to let it thrive.
Another major factor that decides the positioning of the plant indoors is temperature. The Dracaena Marginata is a plant that thrives in comfortable room temperatures ranging between 65 to 75 degrees Fahrenheit. One thing to remember is that the plant loses its lower leaves quite quickly if the temperature drops suddenly. So if you’re deciding to head out during the winters for some days, remember to keep the Marginata in a place where it will get constant warm temperatures.

Watering the plant the right way is crucial for its survival. The Marginata only needs to be watered when the top 1 inch of the soil is dry. The plant should never be allowed to sit in a pool of water because it is very prone to root rot. You can find out if the plant is being overwatered when the tips of the leaves become yellow, or the new growths have very dark tips. If the canes start becoming soft and mushy, it means that they have developed rot as well.
That said, it is not wise to let the plant remain too dry either. It can withstand some abuse, but keeping the soil too dry will cause the plant to wilt. Do not let this happen, because it will take a long time to have your plant recovered.
As for fertilizer, you don’t need to fret too much. The Marginata requires very little fertilizer to grow well. Feed it lightly every two weeks in spring and summer, and once a month in winter and autumn, with a liquid based fertilizer.

The major problem that Marginata owners face is the height. Purchased usually as a table top plant, it soon grows big enough to be put on the floor. With time, a healthy plant will start to outgrow the indoor space it is being kept in. This is the time when you should cut off some of the top to maintain height. It will soon grow two new shoots where you cut it off and start to look as beautiful as always.
There are no major health issues that the plant faces except over-watering. Spider Mites are a common pest. If noticed, the plant should be hosed off very thoroughly to wash off the pests.
The plant should be re-potted every two years until it reaches the height you want. After this, you should re-pot it every three years just to give it some fresh soil.
The Marginata is a plant that looks stunning with its brightly colored leaves and tall height. On top of that, it is a plant that doesn’t require a lot of hard work to grow well, and responds very positively with little care. If you are in the hunt for something to add a few colors to your home, the Dracaena Marginata could be the perfect choice for you.